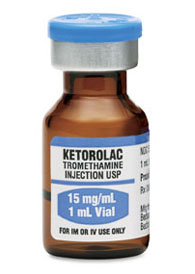 I have been a sceptic of meta-analyses, for many years. The purpose of these studies is to take a large volume of literature; both published and unpublished, and test hypotheses. The idea is to replicate a large randomized controlled trial by combining many studies together.  Unfortunately, rather than coming up with hundreds of studies involving thousands of patients, invariably the selection criteria excludes a large number of studies, and relatively few are ultimately analyzed. Often no conclusions are reached or the results are refuted by a subsequent large  randomized controlled trial.

This month’s Anesthesia and Analgesia features a  meta-analysis of single dose ketorolac for prevention of postoperative pain. Ketoralac is a NSAID analgesic very similar to diclofenac – but importantly one that can be given by intravenous bolus (I routinely use it in my clinical practice). The analysis included 13 studies, approximately 800 patients: ketorolac versus placebo, for prevention of postoperative pain.

I was surprised to find that the most efficacious dose of ketorolac was 60mg – this dose provided effective opioid sparing analgesia and reduced the incidence of PONV (post operative nausea  and vomiting). Interestingly, intramuscular administration of ketorolac appears to be more effective than intravenous. The authors claimed that the standard dose of ketorolac, 30mg, was essentially ineffective.

Will this study change my clinical practice?

When reading studies such as this you really have to go beyond the abstract. With meta-analyses it is essential to see what question the authors were asking:

“We included only randomized clinical trials of a single perioperative (preoperative or intraoperative) systemic ketorolac with an inactive (placebo or “no treatment”) control group. Included studies had to report at least pain scores or opioid consumption on postoperative pain outcomes.”

Also “Trials evaluating >1 dose of perioperative ketorolac were also excluded to maximize clinical homogeneity. Studies containing a concurrent use of a different analgesic regimen were excluded if a direct comparison of ketorolac and placebo could not be established.”

In other words – if investigators had planned to give more than one dose of ketorolac or were using a multimodal strategy, their studies were excluded. In other words – my clinical practice was excluded.

The accompanying editorial, from Henrik Kehlet’s group makes several criticisms of the study (Click here) and is reassuring to those of us who use ketorolac in multimodal regimes. They systematically review the literature that includes ketorolac, clearly demonstrating efficacy of the 30mg dose. They also, and very helpfully, demonstrate that ketorolac has minimal association with postoperative complications.

What I learned from this paper:  single low dose NSAID is inadequate for postoperative pain relief.